14 Days Of Achtung Baby: An Ode To Mr. MacPhisto

Happy Friday, lovelies! I'm sorry I didn't post this yesterday, but it was my birthday and I was kept rather busy. There should be a second post coming up sometime tonight, too. :)
Today's post is a bit different, in that it wasn't inspired by a song on Achtung Baby. Instead I took my inspiration from one of the alter egos Bono adopted on the ZooTV tour: MacPhisto. 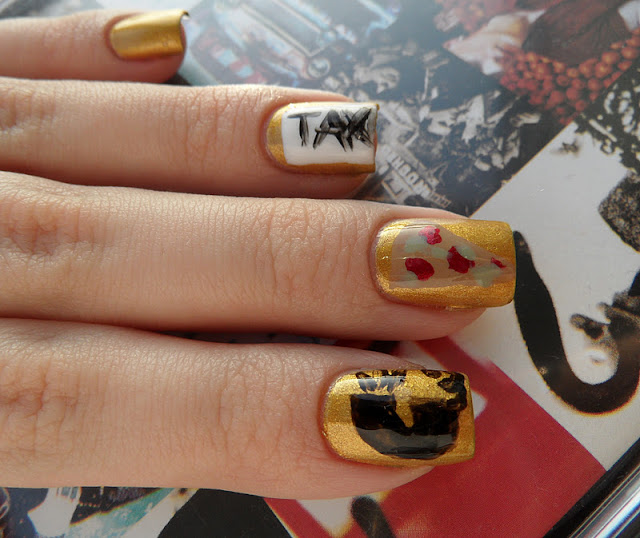 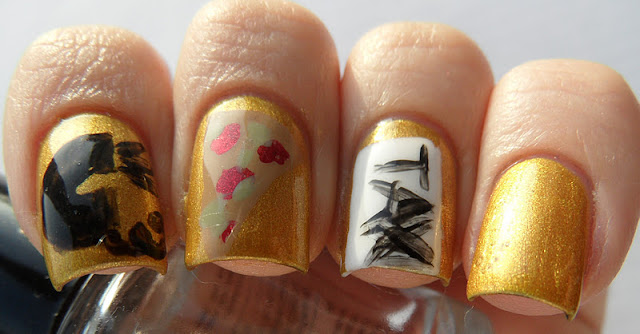 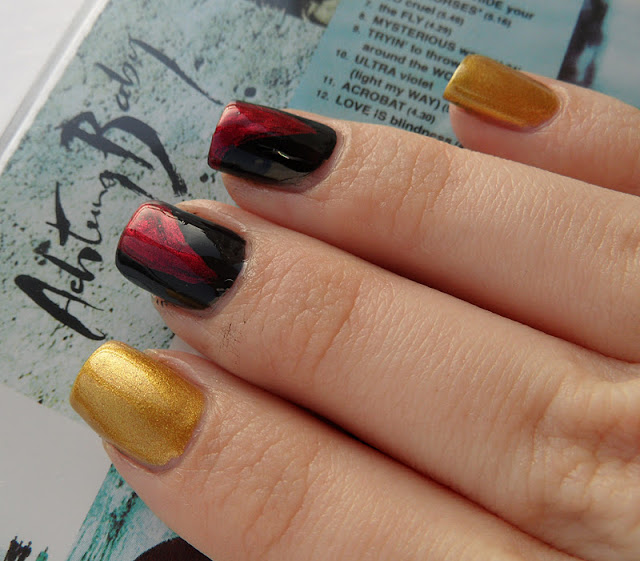 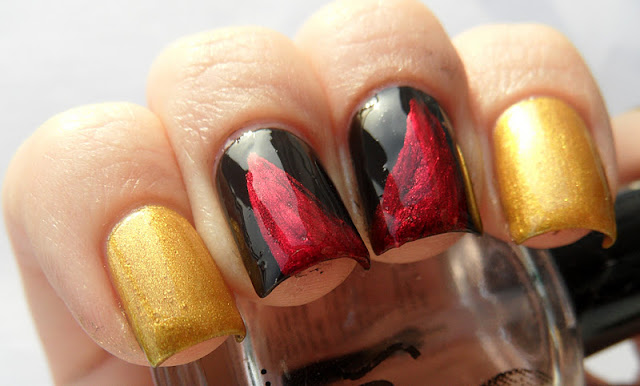 I guess this is going to require some explanation... The red on black are (hopefully) obviously supposed to represent the devil horns. ("Real devils don't wear horns", anyone?). Then on my left hand you've got the telephone (index), because it wouldn't be MacPhisto without the phonecalls to heads of state (I'm sorry, we're closed for lunch!), a pizza slice (middle), because even Bono has to eat sometimes ("I'd like to order ten thousand pizzas for Detroit!") and a taxi sign (ring), because during the Sydney show that made it on the DVD he calls a taxi to "take him home".
Obviously, this is for the obsessed. :D I hope you still enjoyed it, even if you're not a huge U2 dork like me!
Products I used:
a england Holy Grail
China Glaze Liquid Leather
BB Couture for Men Hades
BB Couture for Men Eros
Catrice Marilyn & Me (which you can't see, because it was sheer and I covered it up...)
a england Perceval
+ artist brushes, white striper polish and topcoat
Posted by Madita at 12:32