I need to apologize right away: the weather hasn't been too great here and there's little to no sunlight, so my pictures aren't as great as they might be. I promise I did my best to make the polish photograph accurately. Still, sorry about this. :(

Today's polish is China Glaze Atlantis, which is one of those polishes I used to hear mentioned on so many blogs but never actually saw swatched. I'd just see people say things like "This reminds me of CG Atlantis!" or "This is sort of like CG Atlantis except...", stuff like that. I know Atlantis isn't really that relevant anymore as it was released a while ago, but it is a super pretty polish and maybe there's more people like me out there who haven't seen swatches of it. :) 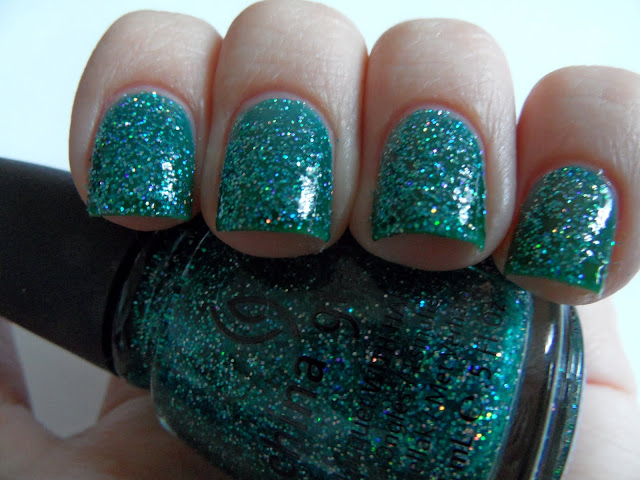 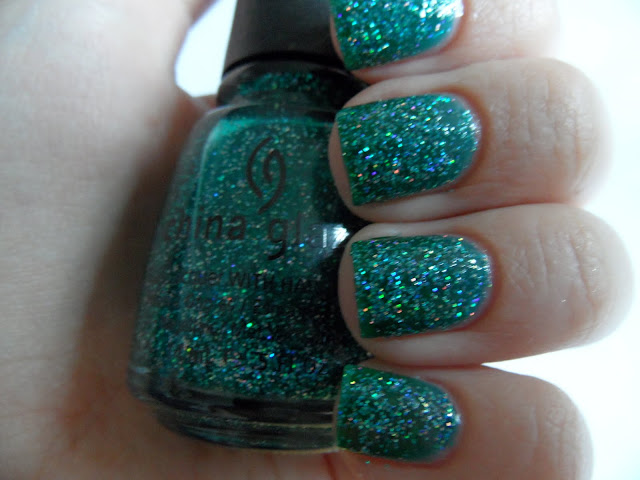 Atlantis is a TON of small, round holographic glitter in an aqua jelly base. I effing adore this polish. This is two easy coats and I love the way it looks on my nails. Because of all that glittery goodness it does dry gritty, even with a coat of Seche Vite (which you see in the pics) you can still clearly feel the texture of the glitter. I actually liked that sensation so I just left it as it was, but another coat of SV would probably eliminate any bumpiness/grittiness.

Like I said, two easy coats and this was opaque (or at least opaque enough for me). Application is nice and easy, though at the first coat there's a lot of dragging going on and I was left with a ton of bald spots. Thankfully on the second coat everything evened out perfectly. :)

What do you guys think? Do you have CG Atlantis? Do you like to wear it on its own or use it for layering?
Posted by Madita at 15:44