This is the week's first scheduled post that I won't be able to overlook. As you know, I am in Vienna right now and probably won't have time to be online very much. I hope this posts correctly.

Today's polish is MNY 761. MNY is a brand owned by Maybelline, I think. It bothers me that their polishes only have numbers and no names, but there's some proper gems to be found! 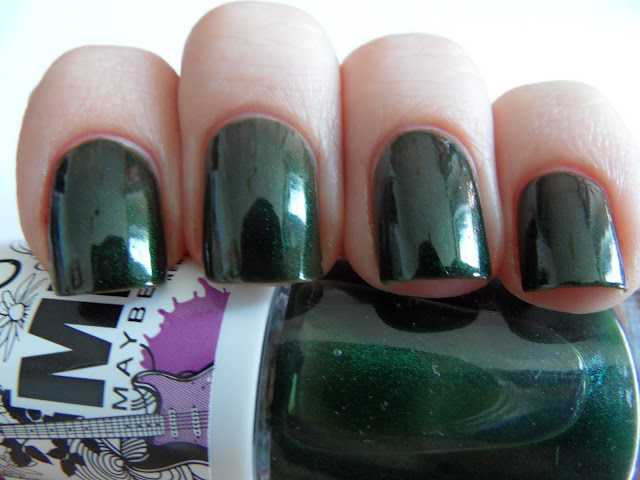 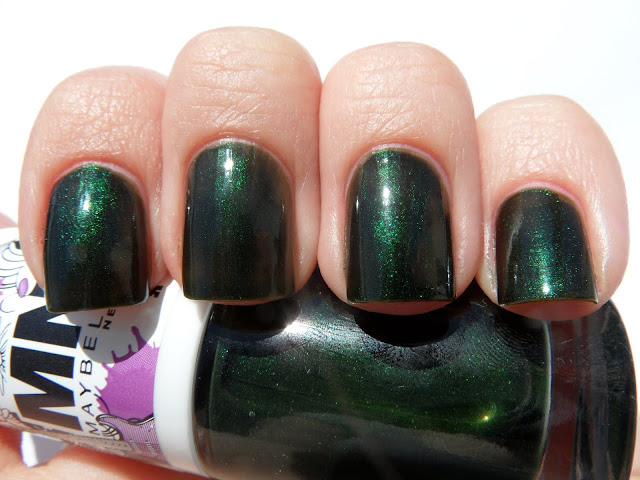 761 is emerald green microglitter suspended in an olive green jelly base. The overall effect is more emerald than I'd hoped, but the olive does show. I do think this is a pretty unique polish.

I found the polish to be a little on the thin side, but it was easy to manage and I reached full opacity in two coats. The only downside is that there was some major dragging going on. But as the polish so thin you can sort of push it back down and have it even itself out, if that makes sense.

Overall, I'm really pleased with this polish. What do you guys think?
Posted by Madita at 12:00