14 Days Of Achtung Baby: One

Hello lovelies! How are you all doing? I hope the weather isn't getting you down! Personally, I love the cold, but all I want to do is eat and sleep these days... I'm really a squirrel haha! Anyway. On to day three of Achtung Baby nail art... 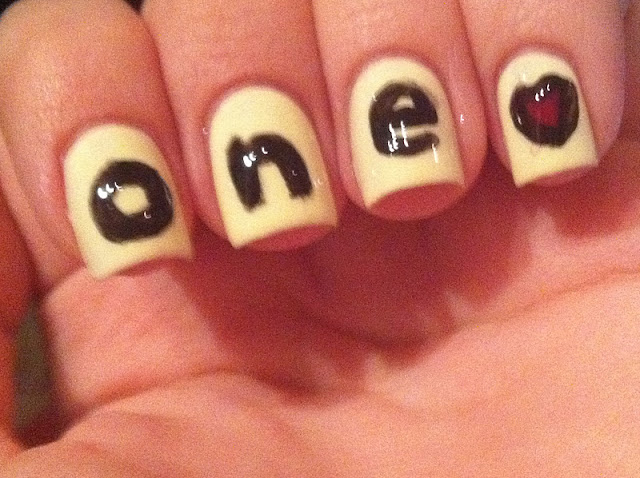 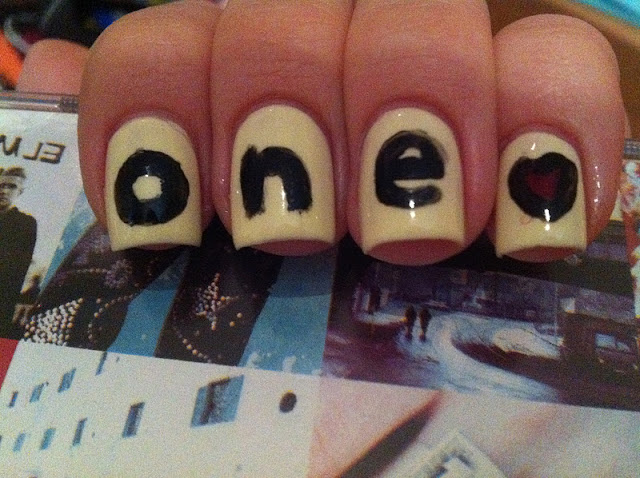 One... The song that was the "pivot point of Achtung Baby" as the band recently called it in the documentary From The Sky Down. I've heard people say that it doesn't fit with the rest of the album, that it's in a completely different vein than all the other songs, but it really isn't. At a time when U2 was very close to calling it a day, disconnected and unable to find any common ground, they wrote a song about unity. Now that? That is irony at its finest.

It's not my favourite song on the album, not by a long shot, but here's the thing: we all feel alone sometimes. We're not the same, and we aren't always capable of understanding what others go through. But we are one, and we do get to carry each other.

I could go on about how I totally mucked up the entire nail art here, but really? I kinda dig it. It's imperfect and a little messed up and I think it suits the song perfectly. It's about being one, not being whole.