Ahem. So I disappeared from blogging for a while there, for various reasons really. I haven't been very motivated lately (it's been a tough few weeks), so I figured I should come up with something to make me want to blog again. Instead of getting into the details of my life and why it kept me from blogging, let's just jump straight into my little project, alright? :)

As you've probably noticed by now, I'm a huge U2 fan. Now, two weeks from today, 20 years ago, they released their album Achtung Baby. It's arguably one of their most influential, if not best, albums. It's the album that made me fall in love with them, and the one that shaped the U2 that inspired me.

I wanted to celebrate the 20th anniversary of my favourite album of all time, and I love nail polish... You see where this is going, don't you?

Over the course of the next two weeks I will (attempt) to post nail art inspired by the album, following the tracklisting - one manicure for each song, plus two bonus manis. I'm terrible at nail art and I've been meaning to improve my skills for ages, I'm hoping combining two of my obsessions might help. Even if you're not a U2 fan and have never listened to the album (though I can only recommend checking it out - early 90's music at its finest!) I would love to hear your thoughts on this! :)


Zoo Station
"time is a train, makes the future the past" 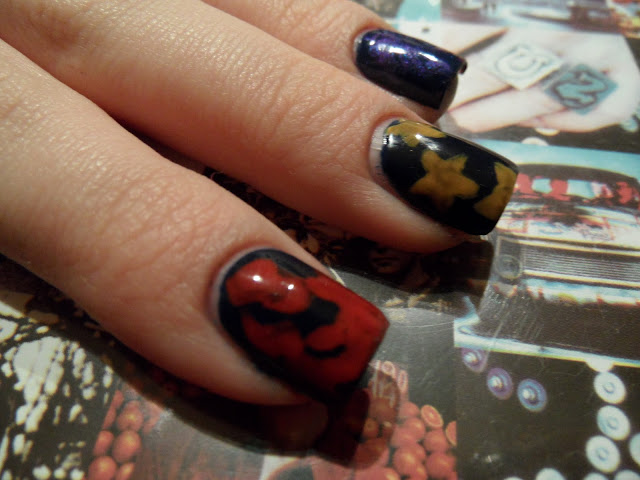 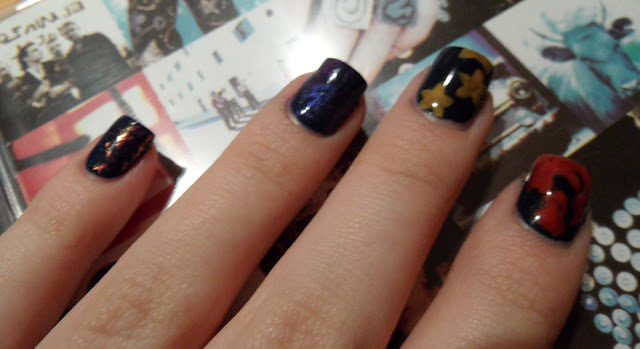 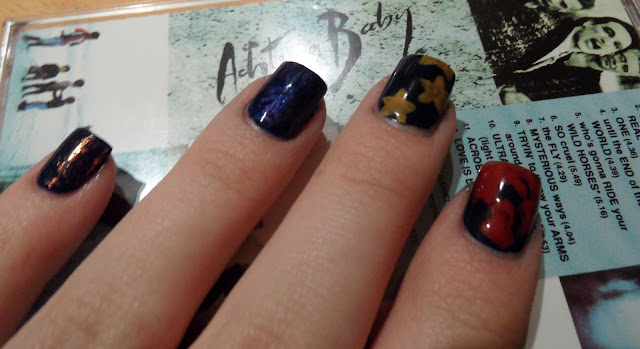 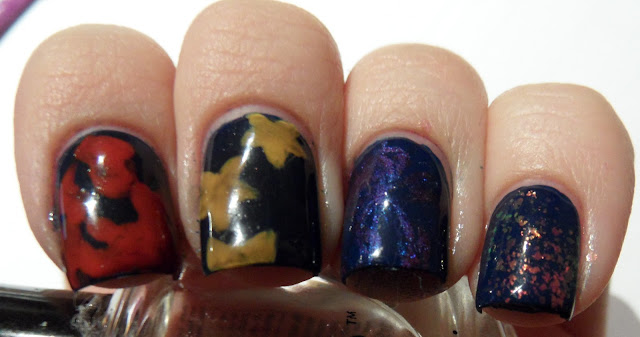 Zoo Station, the first song on Achtung Baby, the one that starts and makes you wonder if maybe your CD got scratched or something, the one that jerks you out of whatever headspace you're in. Zoo Station is also the name of a tube station in Berlin. What this song makes me think of is trains, train stations, how fast paced our lives are and how much of them we spend in transit.

I have one particularly vivid memory of being on the London Underground in that stretch of time where you're not sure whether it's still New Year's Eve or already New Year's Day. The billboards were dirty and way too bright for my somewhat fuzzy brain. There was glitter floating through the air. My dad struck up the most random conversation with a drunk guy sitting on the floor. Someone had puked on the tiles. Trains filled with people where whizzing past.

I'm not sure if I really managed to convey what this song evokes in me with my mani, but I did my best. The stars were inspired by the live performance of the song on the ZooTV tour.